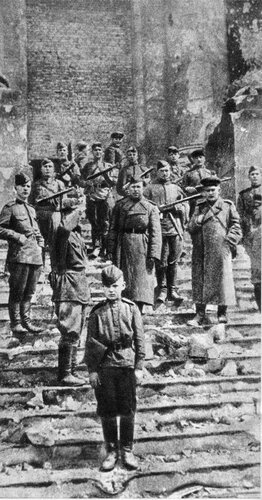 Recently re-launched by Brill, The Soviet and Post-Soviet Review is a peer-reviewed journal which focuses on the history of the Soviet Union and its successor states, including but not limited to the Russian Federation. The journal welcomes original, scholarly submissions in the form of articles, essays, and book reviews relating to Soviet and post-Soviet history, particularly the realms of social, environmental, and cultural history. Authors are requested to submit material for consideration in English, although Russian language submissions will also be considered.


Submissions should be sent to the Editor-in-Chief at christopherward@clayton.edu and must include an abstract or summary of the article in English of not more than 150 words. Articles should total 7,500-10,000 words, book reviews 1,000-2,000 words, and review essays 2,500-4,000 words. Submissions should be complete, including all necessary footnotes, bibliographical references, and tables. All submissions must represent original work that has not been published previously. Footnotes must follow Turabian/CMS style as indicated at http://www.lib.berkeley.edu/instruct/guides/chicago-turabianstyle.pdf.